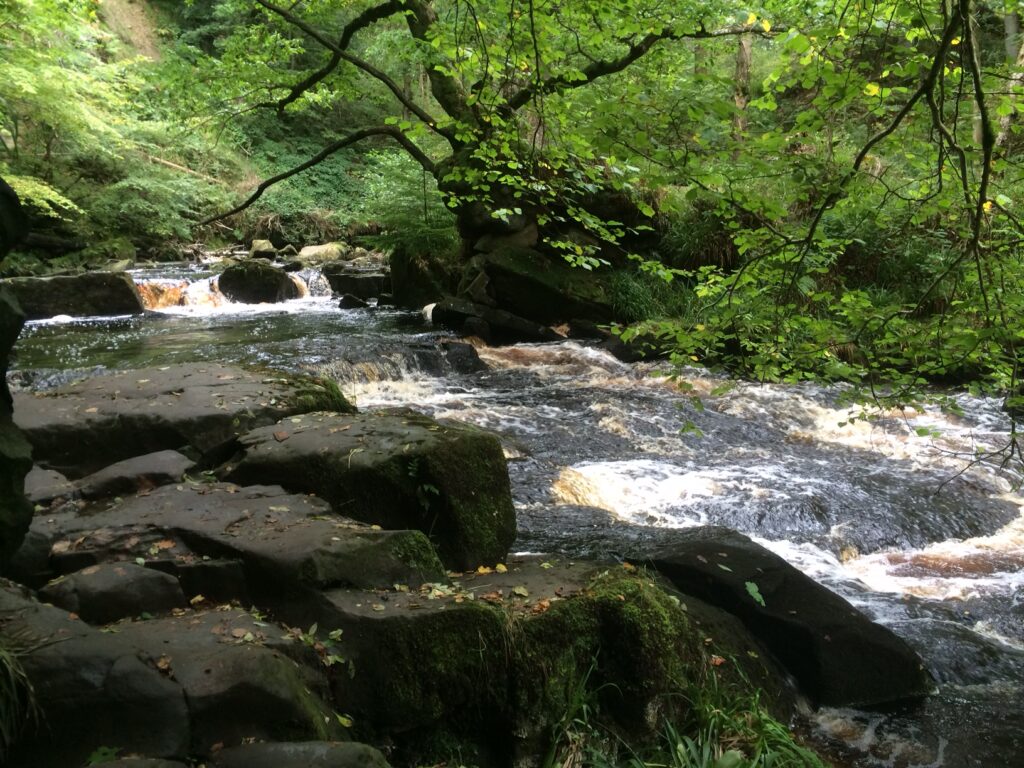 Yorkshire, yoga and the missing element

In 2020 Yorkshire will enjoy The Dark Skies Festival in the North York Moors and Dales, Stargazing at Tan Hill, the highest pub in North Yorkshire and Underneath the Stars Music Festival in Barnsley, West Yorkshire. The skies are big in Yorkshire, because Yorkshire 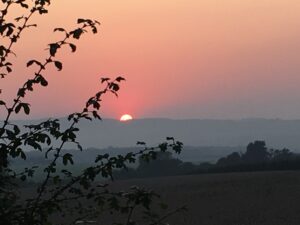 has plenty of good quality air and space for that air to move. And when air moves freely, especially near water or in woodland, it creates negative ions.

Negative ions improve our ability to absorb oxygen. Increasing your concentration of negative ions has been shown to benefit health and improve mood.  But you don’t need a scientific study to prove that spending time near a waterfall or river, in the forest or elsewhere is nature makes you feel good.

Funny that, the negative ions are the good ones and positive are the bad guys. Positively charged ions are increased by fluorescent lights, carpet, metal, plastics, microwaves and air pollution. All things that make the modern world go round and yet don’t really make us feel good. In fact more often than not the positive ions they generate make us ill. Studies have shown  a link between positive ions and many chronic health conditions including asthma, allergies and even depression.

Which brings me on to yoga and the missing element. And I am talking here by the way, of yoga as a philosophy or way of life, rather than an exercise class. There is a yogic term ‘Dukkah’ which has many translations but my favourite is ‘unsatisfactoriness’ – that feeling that hangs around and leads us to believe that life would be better if………………and will often lead to the acquisition of more stuff. In yoga we try to let go of some of that stuff and be in the moment. (Which is where a yoga class comes in). And when we do that we let in the element that is missing in so many of our lives, which is space.

We need space. We need it for  mind and body to function optimally. And we need it in our hearts and souls.  In Ayurveda, yoga’s sister science,  Space or Ether is the first of the five great elements, which is then filled by the others. Winter is the season of Ether when all is laid bare. It is a good time to explore the emptiness in the the knowledge that best way to fill the space is not with stuff but by physical and emotional nourishment. By fresh air and food and with nurturing relationships.

So back to Yorkshire, with its big skies, and low levels of light pollution. Yorkshire has ancient woodlands, rushing waterfalls and grand expanses of rugged countryside.  It has a turbulent and fascinating history and its ancient civilisations thrived by living close to nature.  And you can still find space today.

And a heartening trend, as Christmas approaches, is the move towards buying experiences not things as presents. An experience can be nourishing in a way that a material item never will be. It will provide an opportunity to live in the moment and it will almost always involve a degree of social connection. And it doesn’t create landfill.

So, as the festive season, with its long tradition of exchanging gifts, approaches why not consider giving your loved ones some space? There’s plenty in Yorkshire.

Our Yoga & Spice site at Valley View is brimming with positive ions from our own waterfall and protected woodland. And we can introduce you to woodland paths,  trickling brooks,  cliff tops and spacious beaches. With yoga and relaxation practices to help you find inner space too.

We use cookies to ensure that we give you the best experience on our website. If you continue to use this site we will assume that you are happy with it.OkNo